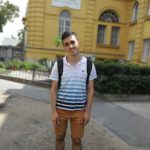 Imagine you start a promo campaign to say thank you to your most loyal users. You send them links for activating special conditions for using your service. Soon you notice that instead of getting a discount for one month, they grant themselves almost lifetime access.

You close the campaign, making angry not-so-fast but still loyal users, and start looking for a source of the issue. It turns out that the problem was with the promo codes.

Every user receives a link that looks something like this: “https://service.com/promo?code=2”. Smart (but still loyal) users try their luck with code #3, then #4, and at some time they get to their lucky number with a lot of subsequent ones. Pretty obvious, but still a problem.

There are a couple of ways to deal with this issue:

Of course, all these scenarios may sound trivial. But websites nowadays still suffer from different vulnerabilities, and there is one more solution to deal with them - insecure direct object reference prevention.

The main idea is not to expose the identifiers of the resources for the end-user. There will be “incomprehensible garbage” that only your backend can deal with, getting it from requests, routes, or query parameters. For example, “https://photos.com/gfdkj4t34-g0gd _V” instead of “https://photos.com/1001”. We’ll implement this in a basic .NET Web API application that will be able to encrypt all outcoming IDs and decrypt incoming ones.

One class to rule them all

First, we need one class that will represent this encrypted value.

It’s important since we don’t want to do encryption manually every time. We could also make middleware that would encrypt all values of some specific type, but that is a very inflexible solution. For example, if IDs in your system are integers, there is no way for returning all of them as encrypted.

Probably, it’ll be easier to represent IDs as Guid (UUID) values, but imagine that at some point, you’d need to return some decrypted value. It creates difficulties.

Thinking ahead, we can make this class generic to encrypt data of any type: from string and integers to Guids. But if you’re 100% sure that it’ll be used just for your IDs, then make it strongly-typed.

This class won’t store any complex logic. We need it only for storing data about the identifier. It’s going to have one property with the id itself that we can access directly and a constructor for creating new instances.

From now on we can use this type for our identifiers. For example,

If you do decide to make this class strongly-typed and use it only for the IDs (that are of Guid type), then it will be like this:

As for the encryption, we can implement it ourselves or use existing libraries. Since the main idea behind this material is to show a practical implementation of indirect object reference prevention, there is no sense in reinventing the wheel. I’m using NETCore.Encrypt (https://www.nuget.org/packages/NETCore.Encrypt).

Though there may be situations when you can consider creating your solution. For example, if you go with Guids, you can significantly reduce the length of your final value. Since AES encryption works with blocks of 128 bits and one Guid is exactly 128 bits, you can get rid of paddings, which would result in a much shorter encrypted value (though no padding may reduce security also). But it’s just a point for consideration.

So, our encryption class can be as simple as this:

I skip different checks for the sake of brevity and leave only the essential stuff, but it’s important to foresee different scenarios.

We’ll store the key and the initialization vector needed for AES encryption to work in the appsettings.json file, but they can reside anywhere else.

The only thing left is to register this service as a singleton and we can use its interface to encrypt and decrypt data.

In this case, we will be able to use this service anywhere but still have to call it manually. There is yet an opportunity to automate conversion, for which we need to use JSON converters.

In ASP.NET Core we can create custom JSON converters with defined logic for reading and writing values in a specific format.

Microsoft suggests using factories to extend JSON converters but for simplicity let's use a converter directly.

In a Read method, we get a string value from the reader, decrypt it, convert it to Guid and return it in the form of an Id object. You can imagine how many issues can happen in this step. So it makes sense to make this method generic and add different checks.

It’s even simpler inside a Write method: encrypt a value and write it into a string. And that’s it.

Next step, we need to register that converter:

There is one more point for creating your implementation of encryption, since, for example, the chosen library generates a string in base64 format, which includes symbols like “\” and “+”. It means that after encryption, you also need to encode the output. It will make it usable not only in the body of the response but also as a part of the route or a query parameter.

And if you make encryption yourself, it’s quite easy to convert encrypted bytes into the url-safe format of base64, where “/” and “+” are substituted by “-” and “_”.

The last step is to see how it all works in practice. For example, we have this basic controller.

Let’s make a request GET /api/entities. It should return an instance of an Entity class that is part of the controller. We generate an id automatically in the application, but in a response, it should be encrypted. And here’s the response:

As you see, it’s impossible even to predict what real value is hidden beneath the cipher so we can sleep well.

Finally, let’s make a request POST /api/entities that should return an encrypted Guid value. We’ll use the response from the previous request as a body. The response of the POST endpoint:

Although this implementation of indirect object reference prevention implies some far-reaching features of the application, such as an obligation to use some specific class for identifiers, it still leaves a lot of stuff under the hood, so we shouldn’t deal with encryption or decryption manually.

You can extend and improve this example in multiple ways:

This foundation was meant to keep simple, but it serves one purpose: to show how to implement IDOR prevention in ASP.NET Core application.